Here are a few amazing facts about various animals.  Read them carefully and enjoy.

Man alive without food or water for 70 years

Indian man is alive without food or water for 70 years

A team of doctors and scientists are studying about the strange case of Mr. Prahlad Jani who is alive without food and water for the last 70 years.   Mr. Prahlad Jani claims to have left home at the age of 7 years and lived as a wandering sadhu or holy man in Rajasthan in India.  He lives on spiritual life force alone.

Prahlad Jani  is now 83 years old and he says that he never took food or water during the past 70 years.  The long haired and bearded yogi, Prahlad Jani has been under 24 hours surveillance by a team of 30 specialist doctors during three week tests at Ahmedabad.  During the test at Ahmedabad, Jani never went for toilet.  The Doctors said that his body has not shown any symptoms of  hunger, fatigue or dehydration in spite of not drinking or eating.   Several tests were conducted on the body of Prahlad Jani in 2006 but Doctors could not find any thing.

Prahlad Jani grew up in Charod village in Gujarat.  Prahlad Jani says that the power of survival comes to him from a goddess when he was 8 years old.  He said that the goddess pours a magic elixir into a hole in his palate and it enables him to survive without food or water.

Prahlad Jani was born with a name Chunriwala Mataji grew up in Charada village in Mehsana district in Gujarat.  He left home in Rajasthan at the age of 7 years and lived in jungle.

It is common in India for Jains and Hindus to fast, sometimes for up to eight days, without any adverse affects, as part of their religious worship.    Most humans cannot survive without food for 50 days.    The longest hunger strike recorded was 74 days.

As per Dr. Sudhir Shah, who has examined Jani in the year 2003,  he went without food or water for 10 days in which urine seems to be reabsorbed by his body after forming in his bladder.  His weight fell slightly at the end of the investigations.

Some of the photographs of Mr. Prahlad Jani are given below. 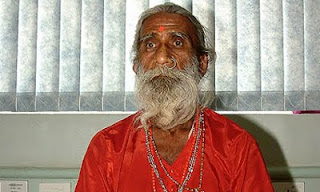 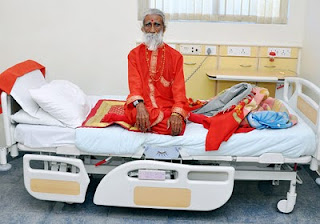 Honey is the only non-man made sweet and is considered to have healing effects.   Most of the people do not know much about honey and what are the health benefits of honey.  It is very amazing that honey has lot of health benefits which our mother nature has given to us by herself.   By simply adding natural food like honey instead of sugar can make your body feel fresh.  Here are some of the interesting facts about Honey.
Here is a list of the most amazing facts about honey. 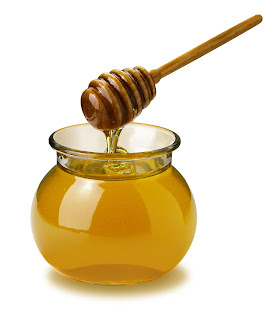